In #112 we remember John Roe. Yesterday was the memorial service for the life of Dr. John Roe, a beloved Penn State mathematics professor, loving husband and father, and early supporter of 3rd Way Collective. While sorting old audio recordings, we found this un-aired conversation with John recorded back in November of 2016. During this recording he reflects on the creation of Receiving with Thanksgiving: Penn State’s LGBTQ Christian Network, as well as the journey of transgender people of faith.

John’s passion for advocacy and inclusion of LGBTQ people was because of his own family experience, but also because of how he understood his faith in God and his role as a Christian. He was someone who embodied 3rd Way Collective many years before 3rd Way Collective was even a thing. We will miss John deeply, and his memory will live on in the lives of so many who were touched by his presence. Our prayers go with his family as they remember and celebrate his life.

You can go back and listen to the three other episodes that feature his voice by visiting these links – part 1, part 2, part 3.

Each week we connect around stories of peace, justice, and faith at Penn State University. Join us next week, or get in touch to lend your voice to Peace Signs.  As always, you can subscribe in Apple Podcasts. 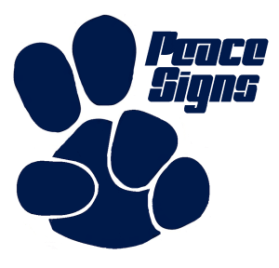